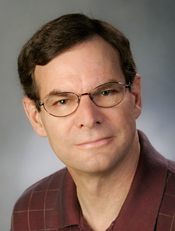 Kenneth Pargament is a PhD in Clinical Psychology and Professor of Psychology at Bowling Green State University, and adjunct professor in the Menninger Department of Psychiatry and Behavioral Health at the Baylor College of Medicine.

He served as Distinguished Scholar at the Institute for Spirituality and Health at the Texas Medical Center. Ken has been a leading figure in the movement toward an integrated biopsychosociospiritual approach to healthcare. He has published over 275 articles on religion and health, and authored The Psychology of Religion and Coping: Theory, Research, Practice (The Guilford Press, 1997) and Spiritually Integrated Psychotherapy: Understanding and Addressing the Sacred (The Guilford Press, 2007). Kenneth is Editor-in-Chief of the 2013 two-volume APA Handbook of Psychology, Religion, and Spirituality (American Psychological Association). He received the William James Award for excellence in research from Division 36 of the American Psychological Association in 1987, the Oskar Pfister Award from the American Psychiatric Association in 2009, the Lifetime Achievement Award from the Ohio Psychological Association in 2010, the National Samaritan Center Award in 2012, the Distinguished Service Award from the Association of Professional Chaplains in 2015, and an honorary doctor-of-letters from Pepperdine University in 2013.